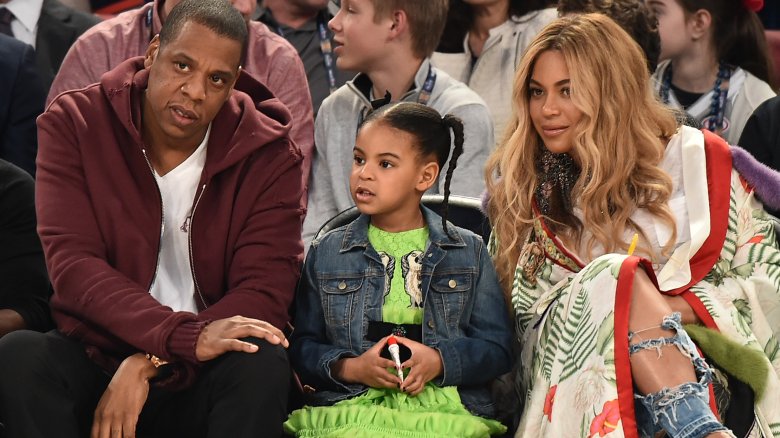 Veronica Morales wants ‘Blue Ivy’ for her company; Jay-Z and Beyoncé wants it for their daughter.

Blue Ivy Events is the name of a Boston-based wedding planning company. The company has been in business since 2009 and it is owned by Veronica Morales (formerly Veronica Alexandra).

Veronica Morales must have been seeing the news when she quickly applied to register BLUE IVY as her company’s trademark in February 2012. The United States Patent and Trademark Office (USPTO) accepted Veronica Morales’s application for BLUE IVY. The trademark class covered event-planning services. (Jay-Z and Beyoncé’s trademark agent is reported to have failed to complete all the paperwork at the time, hence the delay of theirs.)

In January 2016, BGK Holdings, Beyoncé’s licensing business, applied to trademark BLUE IVY CARTER at the USPTO. The application covered a number of trademark classes in connection with a wide range of goods and services, including baby products, CDs, cosmetics, DVDs, mugs, and even entertainment services and retail store.

Veronica Morales’s Blue Ivy Events in May 2017 opposed BKG’s trademark application for BLUE IVY CARTER. Mrs Morales argues that (1) BGK does not intend to use the services listed in the BLUE IVY CARTER trademark application, and (2) there is a likelihood of confusion with her company’s event-planning brand, BLUE IVY. She also argues that BKG’s act of stating that it intends to use the BLUE IVY CARTER trademark for goods and services when in fact there is evidence that it won’t amounts to fraud.

This is why Mrs Morales wants to get Jonathan Schwartz, BGK Holdings’ former Vice President who filed the BLUE IVY CARTER trademark request on Beyonce’s behalf, to testify. But BGK says Mr Schwartz was no longer BGK’s director, managing agent, or officer and has no affiliation with BGK. A judge has just recently granted Mrs Morales’s request.

Four Points You Must Know about How Trademarks Really Work

While the Blue Ivy trademark dispute is still a developing story 6 years after, I point out below 4 things you must know about how trademarks really work:

Here’s are 3 lessons you can take away from the Blue Ivy dispute.

In IP matters, it’s never too early because IP matters to business and development, any day.