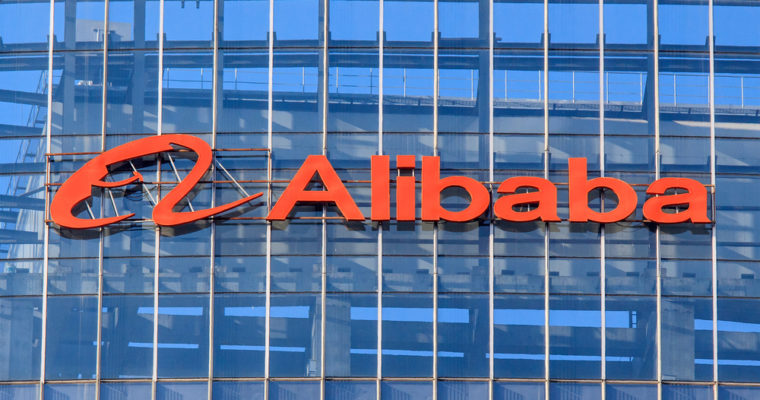 This week’s IP Matters takes on Alibaba’s dispute with Alibabacoin, a cryptocurrency company, over use of Alibaba’s registered trademark, ‘Alibaba’ and other marks. Can Alibaba stop Alibabacoin from continuing to market ‘Alibabacoin’ on the Internet?

Alibaba is into online retail business, while Alibabacoin is into cryptocurrency business.

Alibaba Group Holding Limited (Alibaba), the plaintiff, is the parent company of arguably the largest online and mobile commerce group of businesses in the world, Alibaba. Alibaba is the largest retail platform in the world. When Alibaba made an initial public offering, the offer set a world record for the most valuable initial public offering in history. Alibaba’s principal place of business is China. With such a valuable business, Alibaba is registered owner of not just the mark “ALIBABA”, but also other related marks containing the word. These marks are used in relation to Alibaba’s goods, computer, and internet services.

The Defendant, Alibabacoin, is the creator of a cryptocurrency. According to Alibabacoin Foundation, it is “a technology optimized for distribution, finance, shipping, security, and use of blockchain technology”. After two initial coin offerings, Alibabcoin is currently running a third one and expects to raise over $35,000,000. Alibabacoin maintains two websites–‘the Alibabacoin website’ (https://www.abbcfoundation.com) and ‘the Wallet website’ (https://alibabacoinwallet.com). Alibabacoin also has phone applications ‘Alibaba Coin Foundation Wallet’ (on Apple app store) and ‘AlibabaCoin Wallet’ (on Google app store) available for mobile downloads. Through these channels, Alibabacoin enables Internet users understand its vision, access its whitepaper, and see how its cryptocurrency system works.

Alibaba fights Alibabacoin in New York for alleged unlawful use of ‘Alibaba’ mark to market cryptocurrency.

When Alibaba discovered that a cryptocurrency company was marketing cryptocurrency on the Internet with the name ‘Alibabacoin’, Alibaba sued on 2 April 2018. In the suit, Alibaba brought claims of trademark infringement, unfair competition, false advertising, false designation of origin, and trademark dilution against Alibabacoin. This was at the New York Southern District Court. The next day, Alibaba succeeded in getting an order to temporarily stop Alibabacoin, from using, or making false or misleading statements concerning Alibaba’s marks.

Alibaba’s Causes of Action against Alibabacoin

Alibaba’s causes of action, are summarized below:

1. Alibabacoin violated Alibaba’s registered US trademarks by using ALIBABA Marks and marks confusingly similar to Alibaba’s trademark in connection with the advertising, promotion, and sale of their products and services without Alibaba’s authorization.

3. Alibaba engaged in false advertising by distributing materials that misrepresent that Alibabacoins’ uses of the ALIBABA Marks are authorized, licensed, or sponsored by Alibaba–when in fact they are not–thus deceiving the public.

4. Alibabacoin committed trademark dilution against Alibaba by using the famous ALIBABA Marks, and substantially similar marks, in commerce in connection with the advertising, promotion, and sale of their products and services, without Alibaba’s authorization.

5. Alibabacoin has unduly profited and  unjustly enriched itself through its unlawful conduct and has consequently made Alibaba suffer damages.

For the alleged unlawful acts enumerated  above, Alibaba wants the Court to hold Alibabacoin liable, permanently stop Alibabacoin from continuing to dilute the Alibaba mark with cryptocurrency business,  and make Alibabacoin pay, even if in cryptocurrency. (Alibaba’s relief includes an account of profit.)

Alibabacoin counters Alibaba’s argument; says the New York District Court has no jurisdiction over the matter.

In its defence, Alibabacoin largely relies on a technicality–jurisdiction. Alibabacoin contended that Alibaba is not entitled to a preliminary injunction for 3 reasons. According to Alibabacoin, Alibaba has failed to establish:

3. likelihood of success on the merits.

Alibabacoin explains that Alibaba has not established that Alibabacoin ever made “use in commerce” of Alibaba’s trademark, therefore the Court lacks subject-matter jurisdiction under the Lanham Act. In other words, no Alibabacoins have been sold and consequently there is no use of Alibaba mark in commerce. And since the mark was not used in commerce, the Court should not give Alibaba judgment.

First, on subject-matter jurisdiction, the Court disagreed with Alibabacoin, holding that “use in commerce” in relation to a mark does not require actual sale but use of the mark in the  ordinary course of trade through displaying or advertisement.

Second, on personal jurisdiction, the Court held that though Alibabacoin’s websites are highly interactive and have significant commercial elements, Alibaba cannot base jurisdiction on this because Alibaba has failed to show that there is “reasonable probability that these websites have been actually used to effect commercial transactions with customers in New York”. Therefore, the Court reasoned that the alleged infringement of Alibaba’s trademarks is in the form of reputational harm and loss of business and goodwill. And most likely, this may have injured Alibaba’s brand in China–its place of business–not New York, the forum it sued. To have personal  jurisdiction, it must be New York market.

Lastly, the Court held that  Alibaba has failed to demonstrate or even allege that “its actual or potential New York customers were confused or deceived merely by viewing images of its trademarks on Alibabacoin’s website[s].” Alibaba did not identify any specific economic injury in New York.

The Court denied Alibaba’s motion on preliminary injunction. (This judgment does not finally close Alibaba’s window of opportunity to adequately show why the Court should have personal jurisdiction over Alibabacoin.)

Four Points You Should Take Away from Alibaba’s Case.

1. Trademark does not concern itself with anything other than commerce: Trademarks serve the purpose of distinguishing goods or services from one another. Goods and services inherently involves commerce. For the purpose of commerce, goods and services must be capable of being distinguished from the other so that the enterprise, industriousness, or innovation of one business is not confused with the other. Trademarks also safeguard against deception in commerce. And as seen in the case above, “use of commerce” does not require that goods or services have been sold. Display or advertisement of the goods or services for commercial purposes is adequate to constitute commerce–as also held in Alibaba’s case.

2. Infringing another brand’s trademark makes you liable for damages, but you must prove the damage or injury you have suffered if you want compensation: It is not enough to catch an infringer. If you ask for damages, you need to be able to convince the court that the alleged trademark infringement has injured your market or has the real potential of injuring your market. If you fail to–as Alibaba has failed to do–you may go home oweing your lawyers.

4. Trademark registration is in relation to a particular class or classes of goods or services and protects your business in those classes alone: Under Nice Trademark Classification, there are 45 classes of goods and services. ‘Alibaba’ mark and device were registered as trademarks in a number of classes, not all classes. In Alibaba’s submission to the Court, it had mentioned that Alibaba does not plan to go into cryptocurrency business. Since Alibabacoin was in cryptocurrency business and not retail business, the Court–for the purpose of determining injury to Alibaba–did observe that confusion of both brands seemed unlikely.

Four Lessons You Need to Take Away from this Trademark Dispute

1. In IP, prevention is often better than cure: It’s best you prevent a trademark fight with elephants like Alibaba, Alphabet, Apple, and the likes because they will not let you be until your brand becomes associated with negative news. Alibabacoin may have smartly taken advantage of the popularity of the ‘Alibaba’ mark to boost its own cryptocurrency business, but if Alibabacoin had seen this trademark fight coming, would it have considered using another name for its coin?

3. Register your trademarks early, not when you get “bigger”: Delay can be dangerous.In trademarks, delay can be even more dangerous. Today, new businesses are coming up fast. Disruption is the order of the day. Ideas are flying everywhere. Naming these new businesses and branding these ideas involve trademark. That unique name you are using or keeping for your business may just be what another person has in mind as well. By trademarking early, you get to avoid problems going into the future.

4. In trademark matters, the hurt your brand suffers may be trademark dilution, and not economic loss. Prove it: Though Alibaba included trademark dilution in its allegations against Alibabacoin, Alibaba failed to prove this. Instead, it kept saying Alibabacoin’s unlawful act was wilfully deceptive and this had caused economic injury to Alibaba. But without showing how Alibaba’s New York customers had been allegedly deceived by Alibabacoin’s actions, it is a weak argument.