Why Your Startup Badly Needs an NDA

If you are a startup or business generally about to pitch to investors, you may want to have a Non-Disclosure Agreement (NDA) to make sure that any confidential information you share about your business model is not disclosed to anyone else without your authorization.

Or, if you are a small business or startup about to engage with another party, and you will be disclosing sensitive and key information about your business, an NDA is a good way of making sure that this information is not unduly disclosed and consequently exploited by the other party or third parties.

When you are engaging with investors, suppliers, or even contractors, it is natural that they will have access to some of your confidential business information. This could include anything from your internal business administration documents to your client databases. The last thing you want is somebody using this information and sharing it with others or taking advantage of the new found knowledge. And this is where an NDA comes in.

In many ways, an NDA protects confidential information that could also be seen as the ‘intellectual property’ of your business —the intangible assets that keep your business unique from its competitors.

And, while there are many ways to protect your intellectual property, navigating through these options could be a little bit overwhelming.

So, having an NDA is usually a good place to start.

An NDA is a legal contract between parties who are about to share confidential material, information, or knowledge; and want to make sure that it is actually kept confidential.

You can identify a non-disclosure agreement by other names apart from an NDA. Such other names include:

Generally, there are three types of NDAs:

When you need an NDA

There are multiple instances when you might need to sign an NDA for your business. A few of them include:

Why you need an NDA

It is worth noting that an NDA is not binding against the whole world, but only binds the parties to the NDA.

This is one of the reasons why whenever the confidential information involved is intellectual property, the disclosing party is in a safer position if the intellectual property—whether a brand logo, industrial design, invention, or literary work for example—has been trademarked, registered, patented, or copyrighted.

If otherwise, the disclosing party risks losing what should have been its proprietary rights or interests to strangers it is unable to sue.

What happens if any clause from the NDA is violated?

At any point, if you discover that any confidential information covered under a clause of the NDA is being unduly disclosed or used by a receiving party, it is crucial to quickly bring this to the defaulting party’s attention.

With this, you are all set to safeguard your business and its details by putting a quality NDA in place. NDA comes under the bouquet of the little things that build the prerequisites of any successful business.

An NDA is more than just a legal contract that might often be used as a scare tactic!

At Infusion Lawyers, we have seen the power of an NDA as a great tool for companies, small businesses and Startups. We understand the use of NDAs that are specifically tailored to deal with a particular kind of idea and business initiative.

Whenever you engage in important commercial discussions, it is always important to make sure that all parties are on the same page.

Having an NDA between you and another party instills a degree of trust and confidence, which in turn assists and enhances successful negotiations.

For this reason, NDAs are a valuable tool for businesses as parties can feel reassured that any confidential information and intellectual property enjoys some level of protection.

‘Why your startup badly needs an NDA’ is part of Infusion Lawyers’ ‘What Startups Badly Need Series’. Subscribe to our blog so you never miss a post in this series.

You may also get started with an IP Power Max Account which could be tailored to your business needs. Click here to learn more.

You can reach us through +234(0)806 735 1417, email info@infusionlawyers.com, or complete our Free Initial Consultation form online. 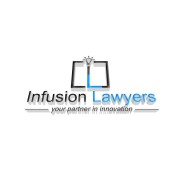