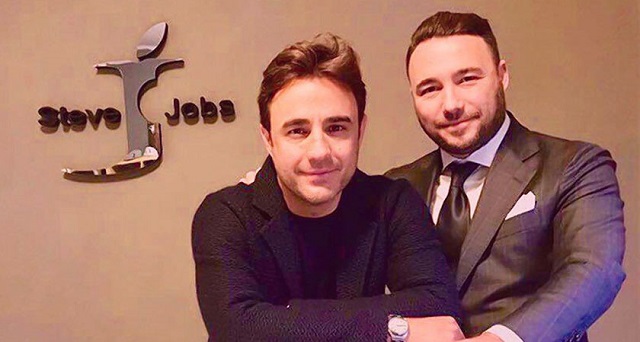 The Steve Jobs company did not stop there. The company trademarked a logo consisting of a ‘J’ with a bite taken out of it. The logo also has an iconic apple leaf sprouting from the top of the letter!

Apple took up the matter against the Steve Jobs company, arguing that Steve Job’s company logo was similar to its Apple logo.

In 2014, the European Union Office for Harmonisation in the Internal Market (EU Office) decided the trademark dispute against Apple. The news is just now in the public because as reported in the news the fashion company has just successfully completed the registration of ‘Steve Jobs’ as its trademark around the world.

This is bad news for Apple—a huge bite taken off Apple brand.

But how did this happen to Apple under trademark law in this millennium?, you may wonder. I will point out two things that may have informed the EU Office’s decision:

First, Apple never registered ‘Steve Jobs’ as its trademark. As Apple’s Founder and brand driver before his death in 2011, one would have expected Apple to have registered ‘Steve Jobs’ as one of its trademarks—at least as a defensive IP strategy, not necessarily for serious enterprise. A list of Apple’s trademarks on its website does not include ‘Steve Jobs’. Though Apple warned on its website that “[t]he absence of a product or service name or logo from this list does not constitute a waiver of Apple’s trademark or other intellectual property rights concerning that name or logo”, it’s of no effect in this case. If a name or logo means anything to your business, grab it before somebody else does, effectively says the EU Office.

Second, the Steve Jobs company is a fashion company that makes bags, jeans, and T-shirts, with Steve Jobs’s quotes on a number of them. Apple does not run any fashion business. Though one expects the Steve Jobs company would steer clear of the electronics turf Apple plays big in, you can’t be too sure. Vincenzo and Giacomo Barbato already indicated that their fashion company has technology in the picture. They are in talks with a Chinese company to produce Steve Jobs phones. They say the phones won’t be cheap.

This must be torture to Apple whose lawyers would be digging deep for a lethal weapon against Steve Jobs company to ensure its Apple brand is neither diluted nor infringed in the long run. Considering late Steve Job’s brand value to the Apple brand, I think trademark dilution by Steve Jobs company’s adventures is one big problem Apple would need to address.

Though I still consider the Apple-Steve Jobs trademark dispute a developing story, there are a few lessons for businesses out there. I list below 4 lessons your business can take away from it:

15 thoughts on “Apple Loses Dispute over ‘Steve Jobs’ Trademark: A Lesson in Trademark for Businesses”