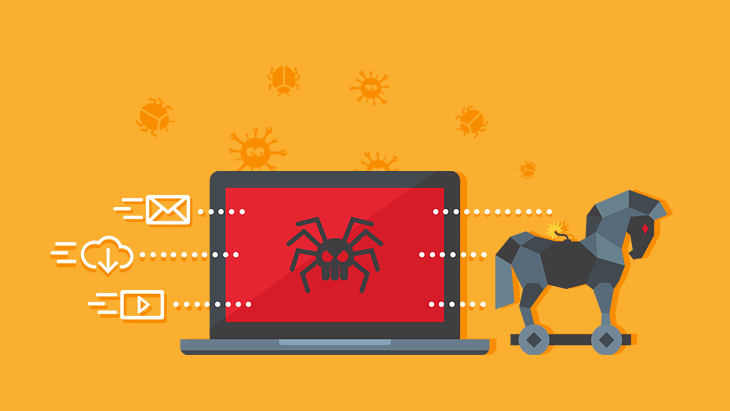 Day 22: Protect your computer and mobile devices from Trojan horses.

Cybercriminals seeking to break into your computer will use a type of malware known as a “Trojan Horse.” As this malware is similar to the ancient Greek myth, a Trojan Horse which was a gift of an enormous hollow horse inside of which soldiers hid until they were let inside the city gates. This malware masquerades itself as legitimate software to deceive users to download them and thereby infecting your electronic devices. Once inside, they commenced with their attack by damaging, disrupting, stealing, or in general, inflicting some other harmful action to your data or network. Trojan Horses are malware disguised or appears to be something that you want such as a video-player application or an email-file attachment.

The most common way Trojan horses spread is through email attachments. The developers of these applications typically use spamming techniques to send out hundreds or even thousands of emails to unsuspecting people. Unsuspecting victims who open the messages and download the attachment end up having their systems infected.

With the above in mind, the first and best defense against Trojans is to never open an email attachment or run a program when you aren’t 100 percent certain of the source. This includes all files downloaded from peer-to-peer programs or websites.

Trojan horses look harmless but are not. You can protect your computer against Trojan Horses with a firewall and antivirus software.