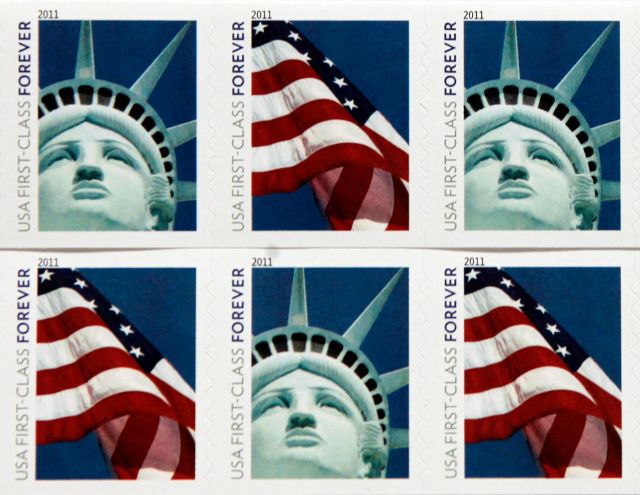 Unhappy with USPS’s use of a photograph of the replica statue on its stamp without authorization or attribution, Mr Davidson took the United States to court for copyright infringement.

In 1996, Mr Davidson built the replica of the Lady Liberty statue at the New York Hotel & Casino, Las Vegas. Mr Davidson was paid $385,000 to build the replica statute. Labour and material costs totaled about $152,000.

In 2010, the USPS used a photograph of the replica statute on stamps it released in December 2010. The USPS neither got permission from nor attributed Mr Davidson. When Mr Davidson discovered this in 2013, he obtained a copyright for the replica. Coming later than 5 years after making the work available to the public, Mr Davidson was not entitled to a statutory presumption of copyright eligibility. This means he must bear the burden of proving that his copyright is valid.

Ready to prove that his replica statue is eligible for copyright, Mr Davidson sued the United States, seeking compensation for copyright infringement of his work.

The United States denies Mr Davidson’s allegation of copyright infringement, relying on the defence of lack of originality of the replica statue and fair use.

In 2007, the USPS introduced the first Forever Stamp. It beared the image of the Liberty Bell in Philadelphia. Forever Stamp quickly became popular with the public and was used for first-class mail. In 2008, USPS began to work on updating the image of its Forever Stamp. In June 2010, USPS accidentally ended up using the photograph of Davidson’s sculpture for its Forever Stamp. The photograph USPS used was licensed by Getty Images—a nonexclusive 3-year license for $1,500 which allowed USPS to print over one million copies of the image. What USPS did not realize was that the image was not really the popular Statue of Liberty.

Six months later, Lady Liberty and the flag stamp were released for public sale. In a press release, USPS attributed the photograph of the statue to Raimund Linke, the photographer who took the face of the replica statue. Mr Davidson got no attribution.

When in March 2011, USPS became aware that the image on the stamp was Mr Davidson’s work, it still failed to address the issue or contact Mr Davidson. Meanwhile, the stamp was becoming both popular and lucrative. Three billion of the stamps had been printed with $8 million dollars spent for printing.

In June 2011,10.5 billion of the stamps were printed. By January 2014 when the USPS stopped selling the Lady Liberty stamp, USPS had sold up to 4.9 billion of it. This amounted to $2.1 billion in sales.

Eventually, the United States was sued for copyright infringement.

Mr Davidson argued that though his work is a replica of a popular public statue, it is original since he achieved his aim of making the replica Lady Liberty unique. He pointed out that he both intended and achieved a more contemporary and feminine face of the Lady Liberty.

The Court stated that for a work to be original, copyright law only requires “some minimal degree of creativity” and that the original elements of the work  is the product of independent creation. The Court was satisfied Mr Davidson has “succeeded in making the statue his own creation, particularly the face” and that ‘[t]he differences are plainly visually observable, can be articulated, and are not merely “ideas”’, thus amounting to originality. The Court therefore held that Mr Davidson’s replica statute is original and protected by copyright.

Has USPS copied the original elements of the work?

Mr. Davidson’s position is the same—the face of his replica Lady Liberty is unique and therefore original.

On its own part, the United States argues that the replica Lady statue was so similar to the original statue that USPS did not notice the difference between the two faces until many months after the alleged act of infringement. Considering this fact, the United States submits that nothing original must have been copied.

Does USPS’s use of the work amount to fair use?

To determine fair use, the Court considered each of the 4 elements listed in the United States copyright statute:

On purpose and character of the use, the Court reasoned that “if the work is transformed by the new use, the law will generally allow it under the fair use doctrine.” It also reasoned that what the  statute requires courts to consider is whether the end use of the new work is “of a commercial nature or is for nonprofit or educational purposes.”

The United States argues that the nature and character of its use favours a finding of fair use “because, as a workhorse stamp, the vast majority of the revenues to the [USPS] represent payment of postage for the universal required service of mail” and “not as payment for the art shown on the stamp”.

Mr Davidson disagrees with the United States, countering that USPS’s use of the image on its stamp is commercial. According to Mr Davidson, USPS sold over $4 billion worth of the stamps bearing his work and “made $140 million in pure profit from breakage from the Lady Liberty stamp and the flag stamp combined sales.”

The Court agreed with Mr Davidson—the stamp is for commercial purposes. It held that despite the fact that USPS regularly operates at a loss, USPS is “in business and in competition with other private mail services and seeks to operate at a profit” by having its own revenues through from sales.

The United States argues that Davidson’s replica Lady Liberty statue is a derivative work and thereby only enjoys a “thin copyright”. (Ever met or seen a thin copyright before? No? Now you have!)

But Mr Davidson has never seen a “thin copyright” before. He countered that the creativity applied to the making of the replica statue cannot support fair use. He added that having publicly displayed the statue since 1996, fair use should not apply.

The Court held that this factor favoured neither party. According to the Court, Davidson’s statue is creative and expressive, its “intended use as a replica mitigates in favor of [USPS]”. The Court clarified that contrary to Mr Davidson’s argument, “when a work is published, a subsequent use is more likely to be considered fair use.”

The Court considered the substantiality and portion of the original work used. It went in Mr Davidson’s favour. This is because the original and expressive portion of Mr Davidson’s replica statue was the face. And it is the face that USPS used for its stamp. Having used a substantial part of the work, there is no defence of fair use on this score.

To decide on this factor, the Court considered the “effect of the use upon the potential market for or value of the copyrighted work.” Admittedly, Mr Davidson did not dispute that USPS’s act has not done any harm to his business. This is because before USPS used the replica statue in its stamps, Mr Davidson had no plans to commercially exploit it.

The Court therefore decided this factor in favour of the United States.

Final scoreline? 2:1 in Mr Davidson’s favour. This scoreline is painfully familiar, from a Nigerian point of view, if you were in Russia, physically or electronically.

Conclusively, the Court found that the defence of fair use does not arise in favour of the United States.

The Court found the United States liable for copyright infringement. For award of damages, the Court came up with a remedy that best reflects what the fair market value of a nonexclusive license for Mr Davidson’s artwork would have been in 2010. It awarded up to $3.5 million to Mr Davidson. This amounts to 5% of the profits USPS made on the Statue of Liberty stamp based on the replica. It then directed the parties to consult regarding the quantum of interest.

Three Questions Neither the Court Nor the Parties Raise or Address

First, although USPS printed billions of stamps carrying the photograph of the replica statue’s face on each stamp till 2014, it is strange that USPS didn’t rely on the fact that it got a licence from Getty Images to at least mitigate damages. Subject to Getty Images terms of use, could USPS have possibly asked that Getty Images be joined as a party?

Three Lessons You Need to Understand about Copyright

Three Lessons You Need to Take Away from USPS’s accidental copyright-infringement case.