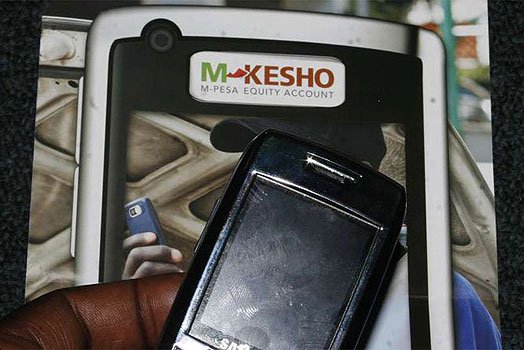 Hoswell Njuguna claimed he created Weka Usaidike, a concept of saving money on a mobile phone. He confidentially discussed this concept with Equity Bank, hoping to partner with the bank to develop the concept who then markets it to customers. The confidential information was contained in a proposal Mr Njuguna shared with Equity Bank. A number of meetings were held between August 2006 and August 2009.

About one year later, Safaricom—the mobile operator behind M-PESA—and Equity Bank launched M-KESHO. M-KESHO was launched as a co-branded financial-products suite that would ride on the wings of M-PESA, one of the most successful mobile-payment platforms in Africa. A savings account, M-KESHO is by Equity Bank but marketed as an M-PESA Equity account.

Mr Njuguna was alarmed. Alleging that Equity Bank and Safaricom unjustly profited from his Weka-Usaidike concept by using it to develop M-Kesho, he sued both companies in 2010. Mr Njuguna sued at the High Court in Kenya. His action was dismissed. He then appealed to the appellate court. Safaricom also denies; says we know nothing about it.

On its part, Safaricom denied it knew anything about Mr Njuguna’s concept. As far as Sacricom was concerned, M-KESHO was developed as a mobile-banking service platform in partnership with Equity Bank.

After 7 years of legal battle against Equity Bank and Safaricom, Mr Njuguna lost his case 2 months ago.

These are three vital points from the matter above:
I draw out below lessons for tech entrepreneurs, banks, and software companies.

One thought on “Did Equity Bank & Safaricom unduly profit from another man’s mobile-banking idea? Lessons for Tech Entrepreneurs, Banks, and Software Companiesc”