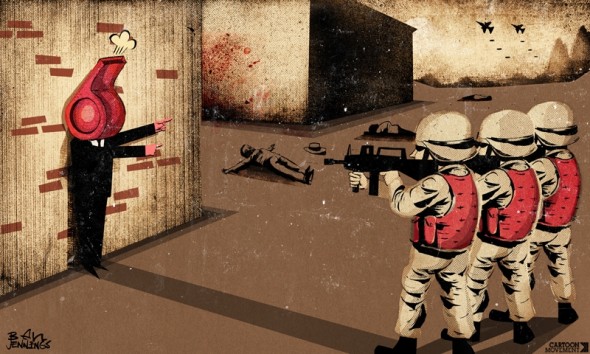 The Nigeria Senate recently passed the Whistle Blowers Protection Bill. The Bill was passed to help ensure the safety of citizens who blow the whistle against public officers and public bodies that indulge in improper conducts. This is a welcome development.

But what’s not welcomed about the Whistle Blowers Protection Bill is the embarrassing absence of provisions on data protection and privacy.

And talking about being too late, it is perhaps late in the day to shout down the restriction of the provisions of the Bill to improper conducts of public officers and public bodies only.

The Bill has restricted itself to improper conducts by public officers and public bodies only. How about the private sector? Improper conducts are like foot soldiers of corrupt practices. The former does the dirty job; the latter sets the dirty agenda, in both public bodies and private businesses. Corruption breathes everywhere, even in Lucifer’s Heaven.

I think the Bill should have covered improper conducts by both public officers (with public bodies) and private companies. Corruption is not a public servant. It walks and indeed works everywhere improper conduct fuels a system.

For a functional system and society, public servants must understand what public service is all about.

So rather than keep amending new Acts and Laws every now and then, let’s learn to get public participation in legislative business right right from the start.

For now, we must start by blowing the whistle on the Whistle Blowers Protection Bill before the Bill blows whistle blowers out of existence.

This is me blowing the whistle on the Whistle Blowers Protection Bill. Thumbs up for the passage of the Bill, but thumbs down particularly for leaving out data protection and privacy in such as data-sensitive Bill passed in 2017!

Senator Iyere Ihenyen is the Lead Partner of Infusion Lawyers. He became one of Nigeria’s expert contributors on data protection and privacy compliance to DataGuidance in 2016. Senator completed a comprehensive data protection overview for Nigeria in 2016 available to subscribers in over 100 countries.