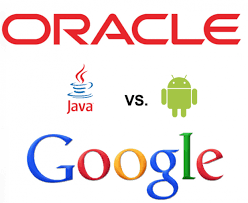 This week on IP Matters, it’s all about Oracle’s victory against Google at the United States Court of Appeal for the Federal Circuit in March 2018. Since 2010, this copyright-infringement case has refused to go away!

Both Oracle and Google hardly need introduction! But just for the record …

Oracle is a computer technology corporation that offers cloud applications, enterprise-software products, platforms, services, and systems for businesses. Founded 1977, Oracle combines hardware and software to offer IT solutions to customers in over 145 countries.

Google is (now) a limited liability company that specializes in internet-related products and services. Google is a subsidiary of Alphabet, the holding company. Founded in 1998, Google is now the third most valuable brand in the world worth $121 billion in 2018, behind Apple and Amazon.

According to Oracle, Google’s use of 37 packages of Oracle’s API in Google’s Android operating system was unauthorized, thus infringing Oracle’s copyrights and patents. Google’s defence was that the copying was fair use.

At the first trial before the United States District Court for the Northern District of California, the jury found that Google infringed Oracle’s copyrights in the Java Standard Edition platform. But the question of whether Google’s copying was fair use could not be decided on. In 2012, the District Court found that there was no infringement because the API packages in question were not copyrightable. Google won the case.

Oracle was dissatisfied with the judgment. It appealed to the United States District Court of Appeals for the Federal Circuit. The Appeal Court reversed the decision in 2014. It held that the declaring code and the structure, sequence, and organization (SSO) of the Java API packages are copyrightable. The case was then remanded to the lower court on the unresolved question of Google’s defense of fair use.

At the end of the second jury trial and the District Court’s judgment in 2016, Google won again. Oracle appealed against the judgment, while Google cross-appealed. The Appeal Court declared that Google’s use of the Java API packages was not fair use, thus amounts to copyright infringement. It remanded the case to the lower court for trial on damages.

Oracle owns and licenses JAVA code and SSO. Google failed to get a license before copying 11,500 lines of Oracle’s Java code.

Java platform is a software used to write and run programs in the Java programming language. With Java, programmers can write programs that run on different types of computer hardware without having to rewrite these programs each time they need to write the program for each different type of computer hardware. Oracle didn’t develop Java platforms. Sun Microsystems, Inc (Sun) did in the 1990s. But when Oracle purchased Sun in 2010, Oracle became the new owners of Java platform.

When Google acquired Android, Inc in 2005 as a software platform for mobile devices, Google needed Sun’s Java platform. Sun preferred to license the Java platform to Google and have Google adapt it for mobile use. But Google wanted mobile-device manufacturers to be able to use the APIs in Android not only for free but also give the manufacturers the freedom to modify the code. Talks failed.

To “quickly develop a platform that would attract Java developers to build apps for Android”, Google decided to do Java its own way—”Google copied verbatim the declaring code of the 37 Java API packages—11,500 lines of Oracle’s copyrighted code. Google also copied the SSO of the Java API packages. Google then wrote its own implementing code”. If Google ever got into trouble, it had a plan—plead the defense of fair use.

When indeed Google got into trouble with Oracle in 2010 over the unauthorized use of Oracle’s Java codes, Google relied on fair use as defense.

Fair use is a body of exceptions in copyright law which allows a person legally copy another person’s copyrighted work without amounting to copyright infringement. In the United States, whether a particular act of copying amounts to fair use is determined on a case-by-case basis. Under United States copyright law, there are four nonexclusive factors to be considered:

Oracle argues that each of the four statutory factors above is against Google in this case.

As captured by the Appeal Court judgment, Oracle’s position was that:

The Appeal Court disagreed with Google and entered judgment in favour of Oracle.

On each of the four factors for determining fair use, the Appeal Court held as follows:

If the Appeal Court’s decision stands, it will greatly impact on the global software industry. This is because of the parties involved and the software program that is subject matter of the dispute. Pricing in the smartphone industry will certainly be affected.

Four Points You Should Take Away from Oracle’s Case.

Three Lessons You Need to Take Away from this Dispute, Particularly If You Are into Software and Technology Business